Scrubs also known as nurse uniforms are sanitary clothes that are worn by nurses when they are carrying out their jobs, they can also be worn by surgeons, physicians and other people who are involved in the patient care activities in hospitals. Primarily scrubs are known to be mostly worn by nurses all over the world in hospitals and other healthcare facilities. Nursing scrubs  are generally considered to be any medical uniform that consist of a short-sleeved shirt with long pants. Today you'll hardly see any nurse carrying out their activities without them putting on their scrubs. It is a way for them to be identified by the patients and coworkers just like how we can easily identify police men and fire fighters from the uniforms they wear. Today scrubs are necessities for any nurse to have in their various working areas, but how did it all start, who brought up this idea and how did it develop through out the years over time and spread all over the globe? In this article we will look at the evolution of nursing scrubs  and how far it's come from when and where it all began.

Who came up with the first nursing uniform?

The first nursing uniforms were made up of a dress, an apron with a nursing cap, given that nurses were taking the duties of nuns their dresses were made to look like that of the nuns, nurses in other hospitals could also be seen using nurse pins instead of nurse caps and some of them even had more cobbler style aprons. To this day, these type of nurse dresses are still worn in many countries. 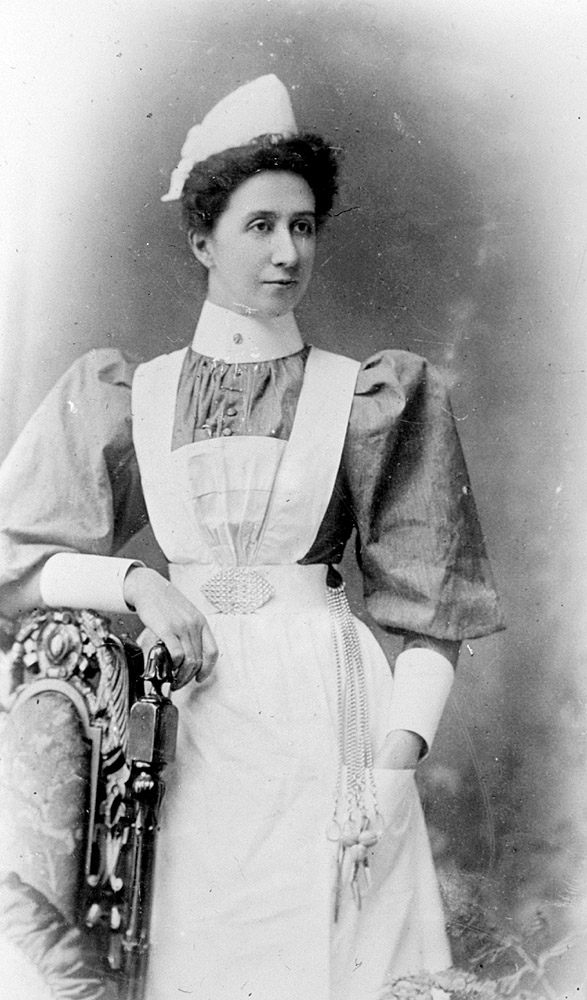 Why were the scrubs developed?

Nurses already had their uniforms which they used to perform their activities so why were scrubs introduced in the 1960's?

Well, more men were entering in to the nursing profession and an attire was needed for them which could also be worn by the female nurses. Given the nature of a scrub it could be easily worn by any gender so it was only fair for it to be introduced in the nursing profession. This was one of Florence Nightingale's aim from the unset.

Nurses had difficulties working with the original uniforms, they complained of it making it difficult for them to perform their jobs. Scrubs were made to be much more comfortable and much easier to work with, they have a good enough space for equipments to be carried around and can easily be washed making them more sanitary compared to the original uniforms.

Also scrubs were more affordable than the original uniforms, they could easily be gotten rid of if the nurses wanted and afford a new one.

Are scrubs only for nurses?

Scrubs can be mostly seen on nurses compared but are also worn by surgeons, physicians and other workers in the patient care services. Hospital scrubs  are designed to be simpler and has pockets that help carry your equipments around, these makes it as important to other people in the health department as it is to nurses especially surgeons who need a place to keep some tools when carrying out their jobs. Surgeons also come more in contact with blood tissues when carrying out an operation so it easier for them to get rid of it their scrubs after that.

Who developed the modern-day scrubs?

William Halsted was an American surgeon who fell in love with a nurse by the name of Caroline Hampton, she had developed dermatitis due to the harsh chemicals that were used to disinfect hands for surgery. William Halsted developed the first pair of surgical gowns and latex gloves and he was also the one who developed the hospital scrubs  but they were still long gowns. As time passed by the gowns evolved and we're turned to what we all see in hospitals today as nursing scrubs.

Scrubs have come a long way, and has made it easier for people in healthcare facilities to do their jobs more efficiently and allow room for unique styles and personalization.

Find out how you can customize your scrubs through our blog: How to Personalize Your Scrubs.